A floor is an investment that you can feel under your feet for decades. Therefore, it makes a difference what kind of floor you purchase. At Timberwise we believe that in the long run only one thing is passed on from one generation to the next: Quality.

Timberwise is a family-owned company established in 1999, at Loimaa, Finland. We manufacture full plank wooden floors and design floors for people who value natural, safe and high-quality Finnish craftsmanship. Our products are created by combining the best raw material in the world with Finnish carpentry and highly automated manufacturing methods. Our goal is to become known for the best plank wooden floors in the world.

To us, Timberwise is more than just a company. It is our life’s work guided by a firm belief in our shared values: Finnish wood processing expertise, sustainable development and safe products. Our values guide the way we work, the materials we choose, our manufacturing processes, and the quality of our products. 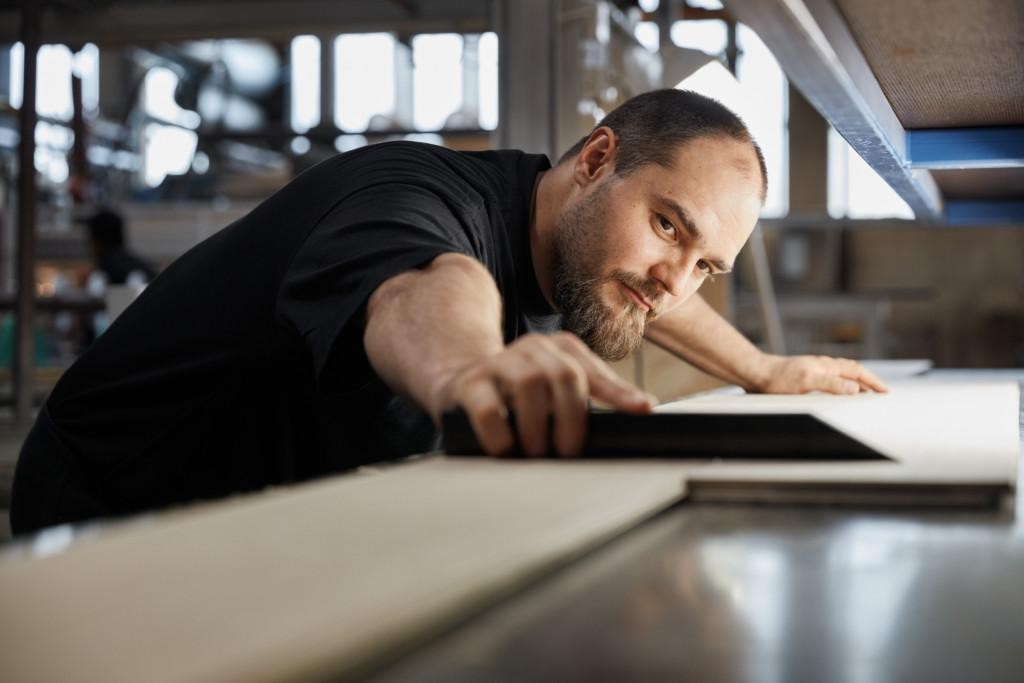 Timberwise is a Finnish company. We believe that Finnish wood processing expertise is one of the strongest in the world. Since Timberwise was founded, we have taken pride in cultivating and developing this expertise. And we are therefore firmly committed to keep our production in Finland in the future. 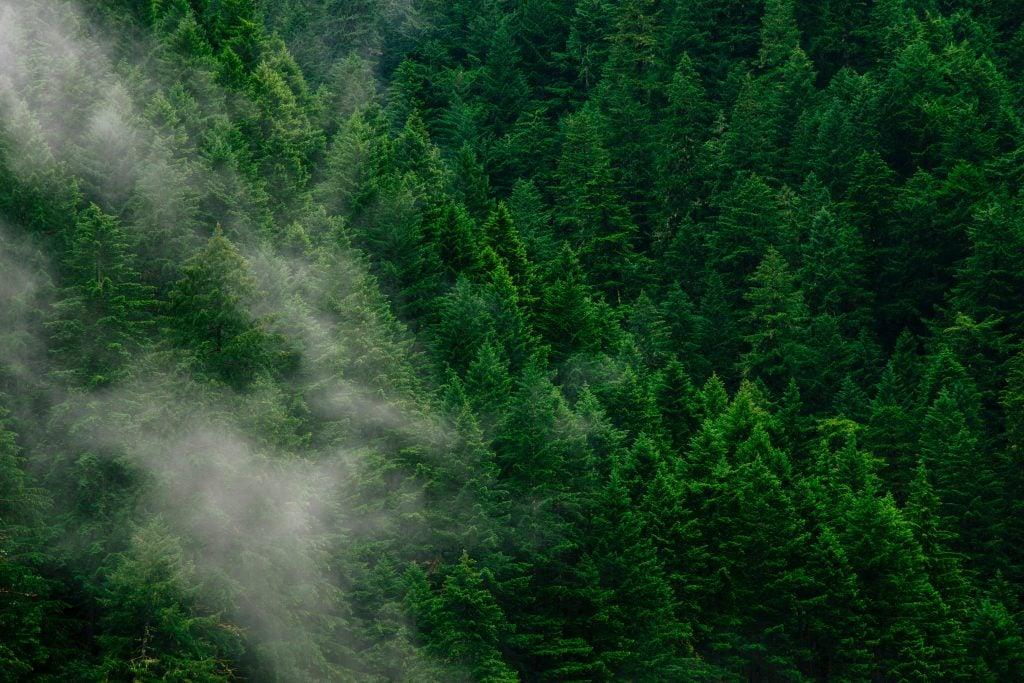 We only use traceable, ethically and ecologically grown wood in our products, and refrain from using exotic or endangered wood species. We strive to save natural resources in everything we do, and reuse or recycle the by-products and waste created in our production. We favour carbon dioxide emission-free and renewable energy, and also produce electricity with our own solar panels. 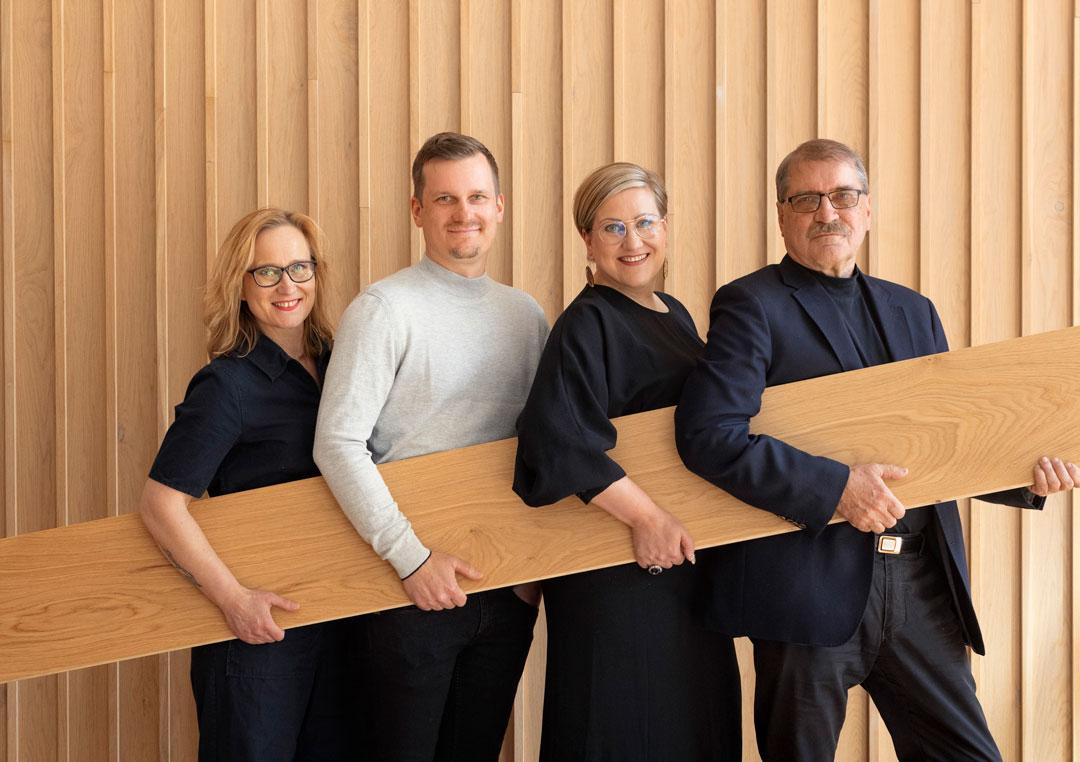 It’s all abuzz at the Timberwise factory set amid a landscape of fields in Loimaa, western Finland. A high frequency press and tongue and groove machine are hard at work, while sprinklers on the ceiling spurt water into the air to ensure perfect humidity levels. Here, wood and optimal conditions play a starring role. They are a matter of honour for the 26 pairs of hands at the factory and ten in charge of sales and administration, all striving to produce the best flooring in the world.

The journey began over twenty years ago when Markku Mäkitalo acquired a former welding factory in the Puujalkala area of Loimaa. His company Puujalkalan Puu and pursuit for outstanding quality were born. In 1999, the company changed its name to Timberwise and systematic branding began.

Floor for life is crafted in good hands – it could even be called a family affair. Markku’s daughter Laura Lankinen is the company’s brand director and has worked for the company since 2001. Markku’s son, Jaakko Mäkitalo, is in charge of sales in Finland’s capital area, and the first daughter, Anu Varis, is now also involved in daily activities as the sustainability and development manager. Over 70-year-old double retiree Markku continues to show up at the Timberwise factory nearly every day. The siblings and their father do not step on each other’s toes too often, though.

“We don’t admit to arguing, but do sometimes talk in capital letters,” father Markku laughs.

Markku’s continued involvement in a number of areas like finances can cause some words – sometimes the children feel he could take a step back. But in the end, everyone is pleased to be working together.

“He never forced us to get involved in the company. We are here purely from our own free will and passion for the industry,” summarizes Laura. She has been part of the company almost from the beginning; first in the domestic and international sales, then in the marketing and now as a brand director being responsible for all the visibility of Timberwise brand.

Former professional golfer Jaakko is the next family member to join the company after Laura. In 2018, when golf became a smaller part in his life, he was faced with the question of what to do next. The prospect of working for someone else did not feel like an option.

“Dad seemed rather pleased when I shared my thoughts about joining Timberwise. Given that Anu previously worked as a board member and is now involved in daily operations, and our mother having an important role in ensuring everything runs smoothly on the home front, practically the whole family is involved in the company,” Jaakko explains.

The latest effort to the daily activities from the family is Anu, the family’s eldest daughter. When Timberwise acquired the business of Parla in Mikkeli in 2019, the daughter Anu also changed her business field and joined the family business. Anu was the unit manager at Timberwise’s Mikkeli plant during the integration of the factories. After finalizing the integration, she is now taking care of the company’s sustainability and development issues. A long career in a completely different business field has brought an Out of the box perspective, as well as helped in the development of Antibacterial surface treatment, for example.

The company’s roots are still firmly planted in Loimaa’s soil, and most of the employees are locals. The office and factory windows offer sweeping views across woodlands and fields – local countryside at its best. From this rural setting, flooring is shipped to countries like Norway, Sweden and all the way to China and Korea. At 60 per cent, exports continue to make up the largest share of company’s turnover. The business is on a constant, steady rise.

The story that began at a former welding factory more than two decades ago is just getting stronger.

“It’s a business, but as a family-owned company there’s often a strong emotional charge. My first grandchild worked part-time at the factory last winter. Seeing her busy at work made me emotional.” Markku explains.